04 Oct When should you protect your name?

Posted at 11:57h in Trademarks by Dean Lacey

Within days of her winning the US open, someone had filed to protect the trade mark “Emma Raducanu” at the UKIPO for goods in classes 3, 16 and 25 covering toiletries, paper products and clothing. This has now been withdrawn, presumably because it had nothing to do with Emma herself and was in fact someone taking advantage of her sudden fame. In this article, Serjeants team of expert trade mark attorneys explains why it’s advisable to protect your name sooner rather than later. 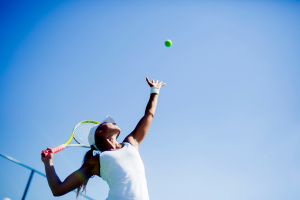 Although in some cases the UKIPO requires confirmation from the person in question that they have authorised the application, it does not stop people attempting to register marks that they can later make money off, either by selling or producing merchandise. This leads to the question, when should you protect your name?

Often, the more famous the individual is, the more difficult it is to register his / her name as a trade mark, and this is especially true if their name has already been used by third party merchandise businesses on a range of goods.

There have been a number of unsuccessful cases over the last decade of famous sporting icons that have tried to trade mark their names. For instance, former Manchester United manager, Sir Alex Ferguson, found he was unable to protect his name after filing a trade mark application back in 2005 because he was deemed “too famous”- his name was determined to be devoid of distinctive character for the “printed matter, posters, photographs, stickers, transfers” that he wanted to protect. The courts concluded that he should have filed for the mark before he reached the height of his fame.

Other football managers like Jose Mourinho have managed to successfully protect their name, but have faced other issues in the process. Chelsea Football Club filed the marks for Mourinho’s name, rather than by him personally, so he encountered a separate issue when he later moved from Chelsea to Manchester United. The subsequent pricey settlement highlights the separate issue of giving up personal rights to corporate entities, especially in the unstable world of football management.

As demonstrated by the cases above, there are many potential pitfalls with these types of registrations. For example, it can be difficult to know when to register, who should be the applicant of the registration, and what should be protected.

But just because it can be challenging, doesn’t mean it should be avoided. When you protect your name with a trade mark, you benefit from being able to stop third parties profiting off your fame and reputation. As it can be difficult to obtain a registration for your name if you do become well known, it is advisable to protect it as soon as you can.

The ball’s in Emma’s court

Time will tell how she decides to proceed with protection and use her relatively newly established “brand” to her advantage, but it’s clear to see that she will be in the public eye for the foreseeable future.

For more information about how to protect your name with a trade mark, please get in touch with the Serjeants team. You can call us on +44 (0) 116 233 2626 or send an enquiry here.