Posted at 16:57h in Uncategorised by Dean Lacey

With the recent trade mark dispute between Hugo Boss, Boss Brewing and Joe Lycett hitting the headlines, the specialist patent and trade mark attorneys at Serjeants give an overview of the ongoing situation and provide guidance on what is meant by a ‘well-known’ trade mark. 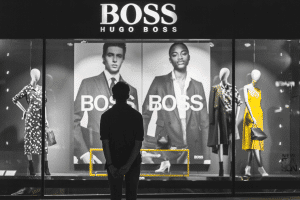 Last month, comedian Joe Lycett put out a tweet explaining that Hugo Boss had sent a number of cease and desist letters to small businesses, noting specifically a small brewing company in Wales that shared the Boss name. This is something Lycett believes to be unfair. To make a stand against Hugo Boss’s action against these smaller companies, Lycett took the decision to change his name by deed poll to Hugo Boss, stating in his tweet: “It’s clear that Hugo Boss hates people using their name. Unfortunately for them this week I legally changed my name by deed poll and I am now officially known as Hugo Boss. All future statements from me are not for Joe Lycett but from Hugo Boss.”

Lycett later revealed that he had also filed a trade mark application for “Boss La Cease en Desiste”, which Hugo Boss has not objected to. The name is due to be used on a new product as part of his programme, ‘Joe Lycett’s Got Your Back’, a part-consumer education, part-comedy programme focused on taking action against businesses for consumers.

During the programme, Lycett drew attention to the case between Hugo Boss and Welsh brewery Boss Brewing. When Boss Brewing applied to register a trade mark for its name, it was issued with a cease and desist letter from Hugo Boss to try and stop it using the trade name.

Following months of negotiations, it was resolved that the names of just two of the brewery’s beers, Boss Black and Boss Boss, would have to change. The brewery would also need to stop selling clothing.

The response from Hugo Boss

Lycett’s actions generated widespread media coverage, and Hugo Boss has arguably handled the unanticipated press attention with good humour, while explaining the legality of its actions. The fashion company released a statement pointing out that Hugo Boss is a ‘well-known’ trade mark.

It said: “We welcome the comedian formerly known as Joe Lycett as a member of the Hugo Boss family. As he will know, as a ‘well-known’ trade mark (as opposed to a ‘regular’ trade mark) Hugo Boss enjoys increased protection not only against trade marks for similar goods, but also for dissimilar goods across all product categories for our brands and trade marks Boss and Boss Black and their associated appearance.”

The bar to become a well-known trade mark is high. But once established, it does provide the owner with a broader amount of protection.

Due to the notoriety of a well-known mark, it is assumed that a consumer would draw some sort of association to the brand it is associated with, even if it was used on goods or services that the brand would not usually trade in. A few other examples of well-known brands include McDonald’s, Rolls-Royce, Google and Nintendo.

Hugo Boss is only one of a large number of businesses that enforce their marks and ensure that they are not misused by third parties. Some businesses are more litigious than others, but if you are made aware that your trade mark is being infringed you should take the relevant steps to prevent this from happening.

Hugo Boss explained in its statement that Hugo Boss and Boss Brewing had both worked together constructively to find a solution that allows Boss Brewing the continued use of its name and all of its products, apart from the two beers where a slight change of name was agreed upon.

While this may not be the last we hear of this particular case, it could be argued that Hugo Boss has handled the situation well thus far, and carried out sensible damage control from what could have been a significant media storm.

If you are concerned about trade mark infringement, please get in touch with one of our experienced trade mark attorneys who can advise you of the best way forward.