Posted at 10:35h in Trademarks by leah@vformation.biz

Since posting our earlier blog (see below) on the issues surrounding the trade mark application for SUSSEX ROYAL, Her Majesty The Queen has refused to let the Duke and Duchess of Sussex use the word ‘Royal’ to promote their brand. As a result, the UK trade mark application has today been officially withdrawn. We expect the international application to also be withdrawn since this was based on the UK registration.

With so much speculation surrounding the Duke and Duchess of Sussex’s trade mark application for SUSSEX ROYAL, the specialist patent and trade mark attorneys at Serjeants provide an update on what we know so far and take a closer look at some of the issues that the royal couple are facing. 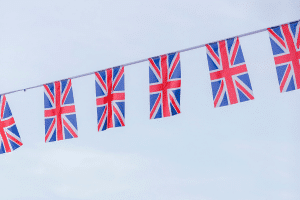 This all seems like a perfectly reasonable strategy to protect Harry and Meghan’s foundation in its key countries. However, this may not all be plain sailing.

Outside of the UK, various opportunistic third parties attempted to take advantage of Harry and Meghan’s January announcement that they were stepping down from royal duties to file local trade mark applications for SUSSEX ROYAL in the US, EU, and Australia, amongst other countries.

What should have been a simple procedure to protect Harry and Meghan’s brand in the UK and in other countries has been significantly complicated by their fame and by bad faith actions of third parties.

If you’d like further information on filing UK and international trade mark applications, please call 0116 233 2626 to speak with one of our expert trade mark attorneys. Alternatively, send us an email here.