Posted at 15:27h in Patents by Dean Lacey

Following the recent case of Shanks vs Unilever, Serjeants takes a closer look at the changes to the way in which an invention is considered to have provided an “outstanding benefit” to employers.

Inventions made by an employee, either in the course of their employment or as a result of duties specifically assigned to them by their employer, are owned by the employer. This means that the employer has the unrestricted right to patent the invention and to accrue its subsequent benefit.

This led to the doctrine of “too big to pay”, where it was almost impossible for an employee-inventor of a large company to claim any compensation from their employer. However, following the case of Shanks vs Unilever, this has now changed. 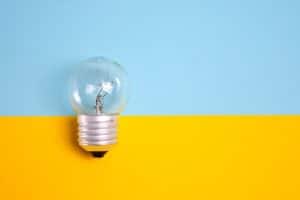 In 1982, an employee-inventor, Shanks, invented a device for measuring the glucose concentration in bodily fluids for his employer, Unilever. Unilever obtained a patent for the invention but never exploited it themselves. Instead, third parties approached Unilever and obtained licences to use the invention. Unilever made little or no effort to market the invention. Their only significant costs were the costs of obtaining the patent and the legal fees in arranging the licences. Later, Unilever sold the patent. In total Unilever earned about £24 million from the patent.

Shanks applied for compensation for the “outstanding benefit” of the invention but lost at the UKIPO, the High Court and the Court of Appeal, primarily because the £24m profit from the invention was dwarfed by Unilever’s turnover and annual profits, so couldn’t be considered ‘outstanding’. Shanks then appealed to the Supreme Court who overturned the previous decisions and awarded him £2m.

The Supreme Court awarded Shanks compensation on the basis that his invention had earned Unilever millions of pounds without them having to make any significant effort or investment to obtain that money. It stated:

“The rewards it enjoyed were substantial and significant, were generated at no significant risk, reflected a very high rate of return, and […] they could not be attributed to the deployment or application of Unilever’s wider business assets or infrastructure.”

Following this case, it appears that now, no company is considered too big to pay. Future requests for compensation will be decided on a balance between the profit made from a patent and the effort, resources, and risk required to obtain that profit.

For further information about the outstanding benefit rules please contact Serjeants on 0116 233 2626 or send us a message here.