06 Jun What counts as public disclosure of an invention?

Posted at 10:03h in Patents by Dean Lacey

In order for an invention to be patentable it must be new and inventive compared to any information that was publicly available before the filing of the first patent application for the invention.

In other words, if the existence of an invention has been revealed to one or more members of the public, enabling an experienced person to reproduce the invention (known as public disclosure), then it will not be patentable.

In the recent High Court patent case  E. Mishan v Hozelock [2019] the judge had to decide whether use by an inventor in his front garden counts as public use of the invention. 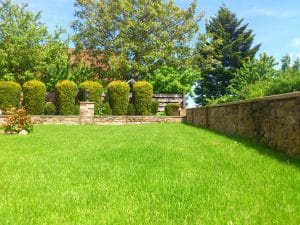 Prior to filing his first patent application, the inventor had experimented with prototypes in his front garden. The inventor’s front garden is adjacent to a public road and clearly visible from that road. However, the front garden is also at the end of a cul-de-sac with only a few houses located on it.

The judge decided that use in the inventor’s front garden was not public use on the basis of submissions by the inventor that he… “would have felt uncomfortable if someone was watching him and said he believed he would have packed up his equipment and materials and taken it into his house”. Therefore, although the use was in public and theoretically visible to members of the public, a submission by the inventor that he did not intend for the use to be public and he would have stopped had anybody started watching him, meant the disclosure was not considered to be public.

This appears to be quite a big change from previous law where the intention of the inventor was almost always irrelevant. Previously, if an invention was theoretically accessible to the public in any form then it was considered to be publicly disclosed, even if nobody actually took up the opportunity.

Unfortunately for the inventor in this case, despite the decision in his favour on public use, the patent was still found to be invalid over the disclosure of two earlier patent applications.

Despite this case, if you are considering filing a patent application for an invention, we still recommend taking every possible step to keep the details of the invention confidential. Testing inventions in your garden is only safe if your garden is not visible to the public.

For help and advice with filing a patent application, please speak to one of our expert patent attorneys – 0116 233 2626.