Posted at 12:42h in Patents by Dean Lacey

A recent High Court decision has highlighted the importance of the ‘inventive concept’ of a patent when it comes to patent infringement. Serjeants’ expert patent attorney Tim Cadman explains:

The wording of a patent claim is usually enough to determine patent infringement. However, in  Regen Lab v Estar [2019] the UK High Court gave a decision that indicates that, in the UK, the claims of a patent may not be as important as they used to be. Instead, in some cases what may be important is the ‘inventive concept’ of the patent. This follows the 2017 Supreme Court decision in Actavis v Eli Lily: 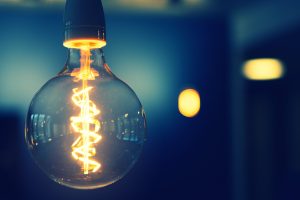 The judge found that, in certain circumstances, a patent can still be infringed by a variant of a claimed invention that does not fall within the scope of a claim but that utilises the same ‘inventive concept’, even if there are two or more differences between the variant and the patent claim.

“A process for the preparation of a cell composition, comprising the steps of:

a) Centrifuging whole blood in… a glass separator tube containing a polyester-based thixotropic gel and a buffered sodium citrate solution at 0.10M…”

The alleged infringer successfully argued that their gel was not polyester-based and that they used a buffered sodium citrate solution of 0.136M, not 0.10M. The judge accepted both these points but still found that the gel fell within the ‘inventive concept’ of the patent because neither difference had a real technical effect:

In this case, the alleged infringer was still ultimately successful in their defence as they managed to prove that the patent was invalid as the claimed invention lacked novelty.

What this means for patent infringement cases

Despite the overall outcome in Regen Lab v Estar, it is clear that it is not possible to rely on the wording of a patent claim alone in order to determine patent infringement. A complete review of a patent and the inventive concept it provides is necessary.

Got a patent infringement query?

If you are concerned about patent infringement or would like to know more about how these recent cases may affect your intellectual property rights, please contact the experts at Serjeants – call 0116 233 2626 or contact us here.