Posted at 11:00h in Uncategorised by Dean Lacey

When registering a trade mark, it’s important to consider whether your mark could be considered an “offensive term” in the jurisdiction in which you are attempting to register it. With the notion of what can be deemed offensive differing across the globe, Serjeants’ team of expert trade mark attorneys shares an overview of the issue.

What is a trade mark?

A trade mark can be any sign that identifies a particular set of goods and services, represented by a company or product, to other members of the public. This allows consumers to distinctly recognise a particular brand and its owner in the marketplace, which in turn can help increase brand popularity and growth.

Most countries have their own individual trade mark system; therefore, you will need to apply for registration in each country separately. However, there are certain rules and regulations within different jurisdictions that must be followed in order to obtain registration of these marks.

One issue you may encounter when seeking registration of a trade mark is that your mark is considered an ‘Offensive term’ in one part of the world and as such cannot be registered within that particular jurisdiction. 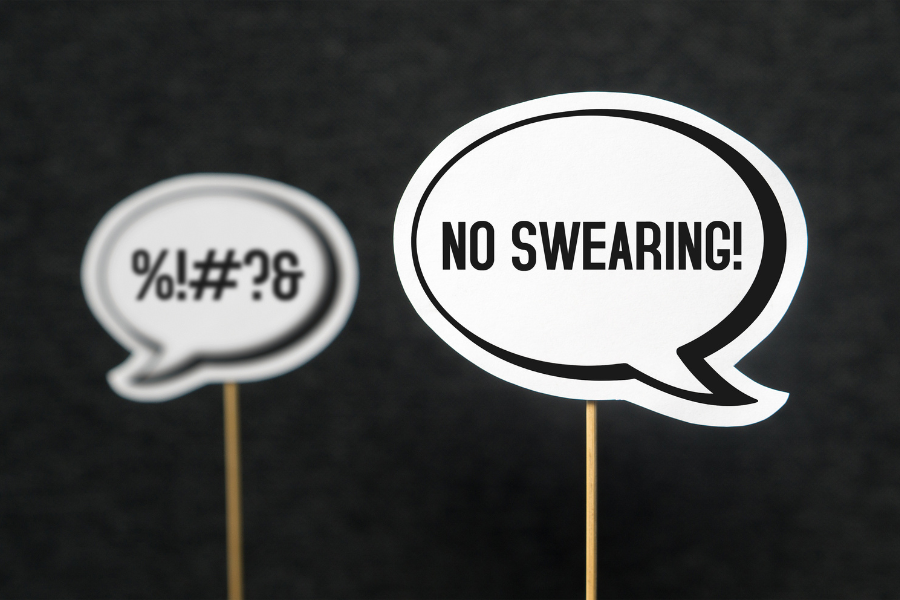 Section 3 of the UK Trade Marks Act 1994 states that “a trade mark shall not be registered if it is contrary to public policy or to accepted principles of morality”, while the UKIPO also states in its Trade Mark Guide that a trade mark cannot be offensive, for example by containing rude or explicit content. A typical example of this would be if the mark contained a swear word. Other terms that may not be registrable include marks that contravene public morals or public order, marks relating to religious beliefs and marks relating to geographic locations.

It is also important to note that certain words may have different meanings in different countries and languages. So, a term that may appear inoffensive in one country may be offensive in another. Therefore, it is always advisable that you first seek advice from foreign attorneys on a term you wish to register in different jurisdictions that do not have English as their native language.

Although Saudi Arabia adopts the International Classification system when registering trade marks, no trade mark protection can be achieved for the following:

It may be possible to register an alcoholic trade mark such as ‘Baileys’ however you would not be able to obtain registration for ‘alcoholic beverages’ for the mark, which negates it’s purpose.

This further reiterates the importance of seeking advice regarding registrable trade marks, in order to avoid unnecessary costs and time.

Offensive trade marks in the USA

More recently the USA has been addressing the issue of ‘freedom of speech’ when it comes to registering potentially ‘offensive’ trade marks.

In the case of Matal v Tam, Simon Tam and his rock band (all of whom are of Asian descent), wanted to register the mark “The Slants” in order to negate its power as derogatory slang for Asians. Initially, the USPTO denied registration of the mark due it’s offensive nature. However, it was later concluded that certain terms enjoy full freedom of speech protection under the First Amendment and therefore the government cannot deny such trade marks.

Another issue in the trade marks profession that has been highlighted more and more in recent times is that of ‘cultural appropriation.’ This is the unacknowledged or inappropriate adoption of certain customs, practices, or ideas from a culture that is not your own. Due to multi-racial societies across the globe, this could potentially mean a term belonging to a different culture or country could negatively impact a brand based in a separate country.

Back in 2019 the reality TV star Kim Kardashian came under fire for introducing a shapewear line under the brand name ‘Kimono Solutionwear’. The trade mark drew a lot of criticism for its reference to the Japanese culture and the Kimono, a traditional Japanese garment and the national dress of Japan. Kim Kardashian was accused of unfairly exploiting Japanese culture for commercial gain, even though the word ‘Kimono’ was a pun on her own moniker ‘Kim’. Due to the social media backlash and media reports she later decided to rebrand her shapewear range to ‘Skims’.

We can see in recent times the influence of social media on everyday life, including the world of trade marks. Brand owners need to be more mindful of both the positive and negative impact social media platforms, such as Facebook, Twitter, Instagram, TikTok and Snapchat can have on their goods and services. In the example mentioned above, many people expressed their dissatisfaction of the brand ‘Kimono’ online using the hashtag #KimOhNo.

It is clear that the world of IP is evolving and more consideration to sensitive topics such as the registration of potentially offensive trade marks is paramount in today’s world.

Brand owners will need to consider exercising thorough due diligence when implementing a brand name or slogan. IP professionals must also consider discussing sensitive topics with their clients to reduce negative backlash for their client’s marks. This could vary for different reasons, i.e., cultural, religious, geographical, etc.

Please call the Serjeants team on 0116 233 2626 for further advice about offensive trade marks, or send an enquiry here.