07 Sep Measuring inventiveness: what is an inventive step?

Posted at 10:26h in Patents by Dean Lacey

In a recent Court of Appeal decision, two of the UK’s most prominent patent judges disagreed on whether the claims of a patent for a collapsible garden hose, sold by Emson under the trade mark ‘XHose’, was inventive or not. The team at Serjeants takes a closer look at the case, identifying what is meant by the “inventive step” and exploring why “inventiveness” can be a difficult notion to determine, even for the most experienced patent law experts.

Emson claimed its patent for an extendable hose, which protects it’s “XHose” product, had been infringed by a competitor’s product: Hozelock’s “SuperHoze”. But when the company took legal action against the infringement, its patent was found invalid on the basis that it lacked an inventive step.

What is an ‘inventive step’? 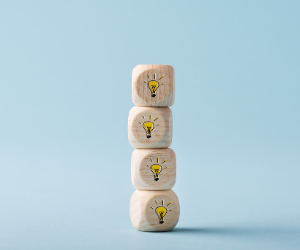 A general requirement present in most patent laws is that an invention must involve an “inventive step” to be deemed sufficiently inventive enough to receive a patent.

Emson appealed the decision regarding the invalidity of its patent to the Court of Appeal. The case was heard by a panel of three judges, two of which have extensive patent law experience: Lord Justice Floyd and Lord Justice Arnold. Though having agreed on all other cases they have previously heard together, this case proved to be more divisive for the pair.

The judges’ divergence in opinion stemmed from the fact that an earlier document, which was used to show that the invention is obvious to a person skilled in the art, actually came from a very different field of technology. Whilst the patent for XHose relates to domestic garden hoses, the earlier document disclosed a self-elongating oxygen hose for a mask for use in aeronautical applications. Though both the patent and the earlier document relate to hoses, Emson argued that the skilled person would never investigate aeronautical devices when designing an improved garden hose.

Arnold LJ agreed with the first instance decision; the patent was invalid, as it lacked an inventive step. He argued that there was nothing in the description of the earlier document that would lead the skilled person to think the technology was not suitable for domestic garden hoses.

The final decision then fell on the third judge, Lord Justice Henderson, who is not a patent specialist. He ultimately sided with Arnold LJ, and the patent was found to be invalid.

However, although Henderson LJ agreed with Arnold LJ that the patent lacked an inventive step, he commented that the decision “may appear harsh, even unfair. One feels intuitively that he should be able to reap the rewards of his brilliantly simple invention.”

The case serves to be a perfect example of how the top patent law minds of the country can, and often do, disagree when determining whether an invention is patentable or not.

If you are concerned about whether your brand is properly protected, speak to the patent experts at Serjeants. We can conduct a full review of your patents and/or intellectual property and advise you of the best way to protect your business.