Posted at 11:52h in Trademarks by Dean Lacey 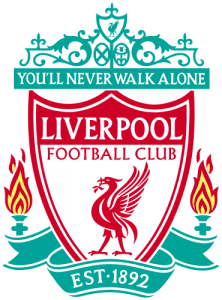 By Source, Fair use, https://hif.wikipedia.org/w/index.php?curid=24784

On 20 June 2019 Liverpool FC filed for a trade mark covering a number of classes for the mark LIVERPOOL. The mark was later divided into two separate trade marks;

According to the UKIPO website, the application received 54 threatened oppositions during the publication period.

It has been widely reported that the UKIPO refused to allow the mark, however it seems that actually the UKIPO thought that the mark was registrable for the following goods:

For reasons that are not clear, the owners of Liverpool FC have since decided to withdraw the mark for LIVERPOOL. This could be based on the amount of oppositions it received, including one from the Mayor of Liverpool, or down to the backlash that they received from fans.

Some fans staged a protest as they believed that the registration of the trade mark would prevent local stall holders from producing Liverpool football related products. These products are not counterfeit versions of the authentic kit, but simply products that reflect the fan culture of Anfield.

It is not unusual for football clubs to register the name of their location; Chelsea and Tottenham have both obtained registrations. However, it is not common practice.

Weighing up the benefits

This case isn’t about the UKIPO not accepting the mark as a trade mark. It is about weighing up the benefits of registration with the possible tarnish to Liverpool FC’s reputation if they proceeded with the application.

When to pursue a trade mark registration

When a trade mark registration attracts so many oppositions, the applicant must assess whether the benefits of owning the mark outweigh the potential negativity it could cause and the effects on a company’s brand.

If you have received opposition over a trade mark registration and are unsure how to proceed, speak to one of our experienced trade mark attorneys who can advise you of the best way forward.