Posted at 11:31h in Patents, Trademarks by Dean Lacey

2017 has been a notable year for high profile intellectual property disputes that have had a major impact on UK patent and trade mark registrations and infringements. Serjeants’ Tim Cadman highlights the key points from a few of the more significant cases that have taken place this year and what effects these have on future disputes. 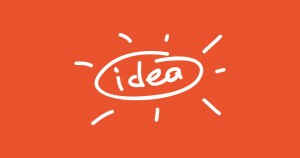 A triumph of scope over experience: Actavis v Eli Lilly

In July, the UK Supreme Court issued one of the most important UK patent decisions in recent years. The decision broadens the scope of patents so that acts that would not have previously infringed them may well now do so.

The case in question related to the scope of a patent for a pharmaceutical product. Eli Lilly owns a patent that claims a pharmaceutical compound combined with vitamin B12 to reduce side effects. The patent claims the compound as a specific salt: pemetrexed disodium. When it was filed, the patent application claimed a much broader range of compounds but during examination Eli Lilly was forced to limit the claims to the specific salt for procedural reasons. Actavis were proposing using a different salt of the same compound: pemetrexed dipotassium. Eli Lily argued that this would infringe their patent. Actavis disagreed.

The Supreme Court did not follow either of the earlier decisions from the High Court or the Court of Appeal. Instead, the Supreme Court defined an entirely new test for determining patent infringement that is designed to take account of equivalent features to the ones specified in the claims. On the basis of its new test, the Court found that the Actavis product would infringe the patent. The Supreme Court’s reasoning was that Actavis’ compound, although not within the normal meaning of the patent claims, is a variant that achieves substantially the same result in the same way and that this would have been obvious to the skilled person.

The Supreme Court’s new test effectively extends the coverage of all patents to variants of the normal meaning of a patent’s claim, providing the patent owner has not indicated that strict compliance with the literal meaning of the claim is required.

The most important effect of this decision is that it is no longer possible to rely on a straightforward reading of a patent claim to determine its scope. The variants or equivalents of the features of the patent claim must also be considered.

In February, the Court of Appeal issued a decision on whether an inventor who was an employee could claim compensation under the Patents Act on the basis that his invention was of outstanding benefit to the company.

In brief, in 1984 an employee of Unilever, Professor Shanks, invented a technology that eventually proved to be of considerable use in a range of sensors for testing blood sugar levels. Unilever patented this technology and the resulting revenue for Unilever in the UK was estimated to be £24 million.

Section 40 of the Patents Act says that when an employee makes an invention that is of outstanding benefit to their employer, that employee may have a right to a financial award. The major issue that was unclear was what exactly is meant by “outstanding benefit” and whether it is somehow dependent upon the size of the company involved. £24 million is not much money to Unilever but to most firms, this is a large amount of money to be gained from the patented technology. The Court of Appeal sided with Unilever and decided that the benefits the patents gave were not outstanding in context of the finances of the Unilever group.

It remains extremely difficult for any inventor employed by a very large firm to show that their invention is of outstanding benefit, and hence subject to some sort of award. However, this case has now been appealed to the Supreme Court so we expect further clarification of the law in the relatively near future. 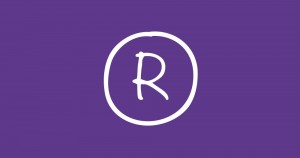 In May, the Court of Appeal confirmed that the shape of the Kit Kat bar is not registerable as a trade mark.

Nestle appealed this decision, arguing that when presented with the shape, the public would immediately recognise it as a Kit Kat and a product of Nestle.

The Court of Appeal sided with Cadbury; the shape of the Kit Kat is not distinctive enough. Nestle has never used its shape as a trade mark in isolation; the packaging obscures its shape, and Nestle have not used the shape itself to promote or market the product. As a result, the relevant public would not perceive the shape to originate from Nestle or use it to identify the product.

Whilst some commentators believe that this decision makes it more difficult to register shapes as trade marks, I do not agree. Rather, shapes can be registered as trade marks, providing they are either:

Nestle failed on both of these grounds. You can’t see the shape of a Kit Kat until you buy and open one!

The High Court recently decided that Zuma, the famous Japanese restaurant in London owned by Azumi Ltd, can prevent the sale of dog food under the trade marks ZUMA and DINE IN WITH ZUMA.

Zuma restaurants have a substantial reputation in the UK. This means their trade mark was considered to have greater protection than most and the public would be more likely to associate a dog food brand with the restaurant than might otherwise be the case.

It was also found that selling dog food under a name similar to a top end restaurant would have reduced the prestige of the trade mark ZUMA.

One of the more interesting defences was that their dog food brand was named after their dog ‘Zuma’ and they had a right to use that name under the so-called “own name” defence. However, this defence was quickly rejected as the dog was not a party to the proceedings nor was it a natural person or company!

This case shows that using a brand name that is similar to a well-known and prestigious trade mark can be problematic, even if you are selling goods or services that are far removed from those for which the trade mark is protected.

As ever, if you would like to speak with one of our attorneys regarding any patent or trade mark matter, please give the team at Serjeants a call – 0116 233 2626. Alternatively drop us a line here.