Posted at 13:42h in Trademarks by Dean Lacey

Trade marks can become vulnerable to cancellation after five years if they are not used on all the goods and services applied for. To get around this, some brands re-file their marks to ensure they remain valid. Hasbro, owners of the well-known board game Monopoly, adopted this tactic, but they may now have to re-think their approach. 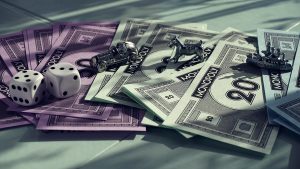 Although there is no requirement to prove use of a trade mark in the EU like there is in other countries such as the US, bigger brands have attempted to avoid vulnerability of having their trade marks cancelled through non-use by refiling their marks to ensure that they still have them to rely on in oppositions.

Refiling blocks other people from filing for the mark and also clutters the EU trade mark register.

Hasbro already had several registrations for the word mark MONOPOLY, but in 2010 they applied to register the mark in classes 9, 16, 28 and 41. It was registered in March 2011. In 2015 an application was filed against Hasbro for invalidity arguing that the mark had been registered in bad faith.

Although there have been a number of cases, there are no clear guidelines as to what constitutes bad faith. The applicant’s reasoning for filing the action was that Hasbro already had the Monopoly mark registered for the same goods and services and had simply added a few additional goods and services to the specification.

The Cancellation Division dismissed the application, but the case was appealed to the EUIPO Second Board of Appeal.

Hasbro argued that they had added goods and services to each new filing and that a lot of companies used this filing tactic. However, they also admitted that one of the reasons that they re-filed the mark was to avoid having to prove use in opposition proceedings.

As a result of this admission and other evidence, the Board of Appeal invalidated the trade mark registration for Monopoly filed for in 2010 for all the goods and services that were identical or similar to those covered by the earlier registrations.

Refiling is not a fool-proof strategy

The decision in the Monopoly case could potentially change the tactics of some companies, particularly the bigger ones who have the money to keep refiling for the same marks but don’t necessarily use them on all the goods and services applied for. Brands should note that just because a number of companies use the same tactic doesn’t necessarily mean it is acceptable.

Are you worried about your trade marks being vulnerable to cancellation?

If the Monopoly case has made you think twice about your trade mark strategy or you are concerned about whether your brand is properly protected, speak to the trade mark experts at Serjeants. We can conduct a full review of your trade marks and/or intellectual property and advise you of the best way to protect your business.