Posted at 12:58h in Trademarks by Dean Lacey

Over the past few years gin has become the popular drink of choice. But coming up with a suitable name for a particular brand of gin has proven difficult for one company recently, who attempted to register ‘Vera Lynn’ as a trade mark for their alcoholic beverage.

Halewood International brands Limited, a company from Liverpool, attempted to register Vera Lynn for gin. However, perhaps unsurprisingly, they faced 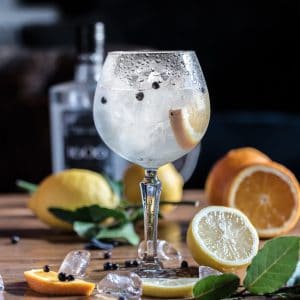 opposition from “the Forces’ Sweetheart” Dame Vera Lynn, who has had protection in the UK for musical recordings, musical performances and charitable services since at least 1939.

Trade mark could cause confusion

Although Vera Lynn has no reputation or protection for her name on alcoholic beverages and spirits, which is what Halewood applied to register, she claimed that well-known personalities are known to endorse products, and therefore there would inevitably be confusion that she has endorsed Halewood’s products.

Vera Lynn filed various pieces of evidence showing her reputation in the UK, including awards that she had won and music she had released. The evidence also included witness statements from her daughter and personal assistant.

Halewood’s main evidence focused on the fact that the name Vera Lynn was often used in cockney rhyming slang as an alternative word for gin.

It was decided that Vera Lynn uses the goodwill in her name for financial benefit of a number of charities. By losing control of her goodwill, her ability to do this will be diminished and therefore there would be damage to her name and essentially her brand. As a result Halewood’s mark was liable to be restrained under the law of passing off in respect of the goods applied for; alcoholic beverages and spirits.

It was also found that the mark was filed in bad faith.

Overall the opposition succeeded on both grounds and Halewood were instructed to pay Dame Vera Lynn the sum of £2000.

For queries relating to trade marks and passing off, please contact our trade mark experts here or call 0116 233 2626.